What a difference two weeks has made, the sun had been out all week and the trails had gone from bog to super fast and groomed.  Haydz & his crew at Woodhill are dedicated to providing top notch mtb trails. The prize cupboard had been topped up with goodies from Endura clothing, Horleys, Nitelights, NZMTBR mag, Jungle Coffee and Buff Headwear, Cheers guys. 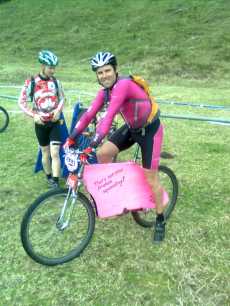 The lesson had been learned and the riders tasked themselves with obtaining their best town out fit to ensure they get maximum points.From bumble bees to the beer wench, we had it all. The super heroes’ lined up next to the business man who was chatting to some crazy man riding a pink pig. 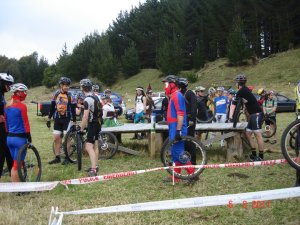 With the front wheel in hand once again the social was interrupted by the starting horn, I think Tim failed to mention that the race was going to start early.

The Snooze hound and Matt Andrew dress as a yellow butterfly took to the front with the rest of the field starting rather fast not knowing that there was to be more hills than the last race.

Naomi Wright was unstoppable in the womens race finishing some five minutes clear of the field. The ladies once again showed the lads up by dressed up for the occasion and Im sure Kel from The Department of Adventure will tell you that the ladies had a fantastic undy lap .

Well done to the guys who have gone for the points over the win, Matt Andrew decided to put his bike down just metres before crossing the finish line and The Snooze Hound pounced on the once line to take the victory. 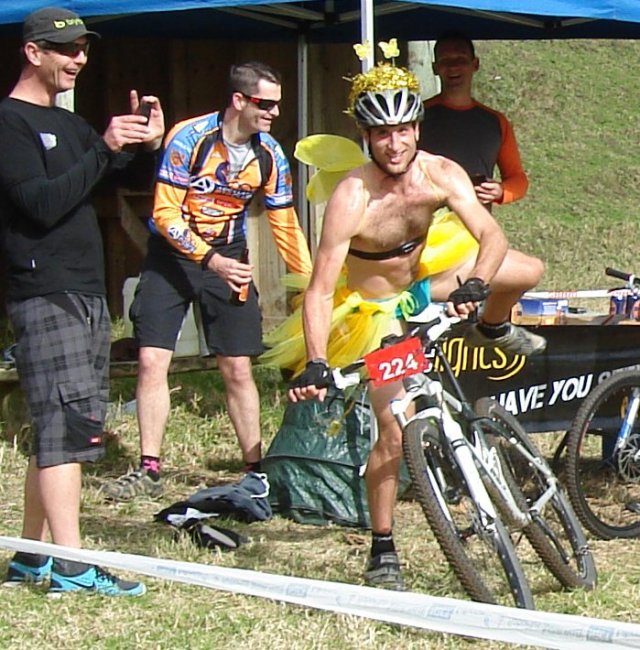 It’s going to really interesting seeing how the strategies play out for the final round with many of the mid field choosing to ride in their underwear to gain valuable points. Online entries will be open until Friday the 19th of August. If you haven’t seen a SS event come along to the final of Singlespeed Sundays and see what all the fuss is about.

There will be an extended prize giving along with a BBQ and maybe even a few coffees. Thanks again to those who gave there time to help, and a big thanks to Endura clothing, Nitelights, Buff, Jungle Coffee, Horleys, NZMTBR, Buff, Workoutzone & Woodhill Bike park.

Want to know who is leading, go to the event page HERE 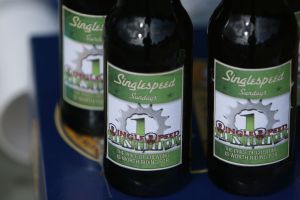 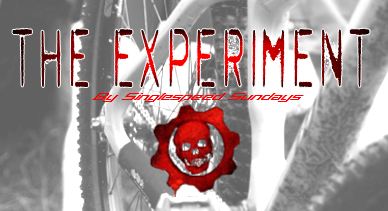 This entry was posted in Misc, News, Races. Bookmark the permalink.